The last time I posted a health update was over a month ago, and I apologize for that.  Things have gotten wild.  Chemo and Plasmapheresis have taken up a lot of my time, and there have been some, ahem, setbacks in the process. I'm going to post the updates in a few entries.

Let me start with the beginning of September. Remember, my doctor was resistant to a chest port tunnel line, as he told me things would be temporary, as in lasting one week. My mom came to help out, thinking this would be one horrible week. Just one. 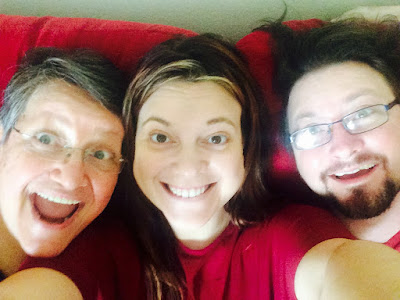 Here's the gratuitous picture of all six kidneys together. :) 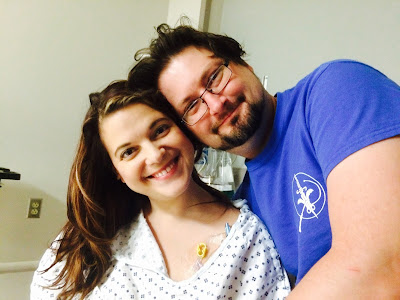 And here is a pre sugery picture, when things were seemingly smooth. 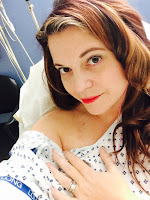 The tunnel line surgery was a little unusual. It turned out that I just wouldn't fall asleep on the surgery table, so they had to keep giving me different kinds of drugs to knock me out.  They gave me four times the dosage of Demerol it usually takes someone for my size to go out, and at one point I heard them ask for Benadryl (it multiplies the impact of narcotics-many drug addicts ask for a cocktail of both in the ER). So because of the high dosage I was on, it took me about 24 hours to be able to function on my own.  As I mentioned, my mother was visiting to take care of me and it was a good thing she did. Because about five hours after I came home, I started vomiting and never stopped.  ALL NIGHT LONG.

Matthew and Mom rushed me to the hospital because my chest port started bleeding, which they told us was a reason for the ER. The OU ER was totally full, so they suggested heading a half hour north to Edmond, which also ended up being totally full on a Monday night. So we then headed to an outpost ER in Edmond and not one person was there. My drugged up mind remembers the nurses playing poker when we walked in... that can't have been real.

They treated me with IV fluids while I kept throwing up the nothing in my stomach. I was literally telling her my med list while I was vomiting. Fortunately the chest port stopped bleeding, and they sent us home with anti nausea medicines (one of which was a suppository. I stopped throwing up before needing to use those.)

It turned out I had a C. Diff infection.  C. Diff is caused by overexposure to antibiotics. I have had so many infections that it led to another infection in my intestines. Hence the vomiting and diarrhea. 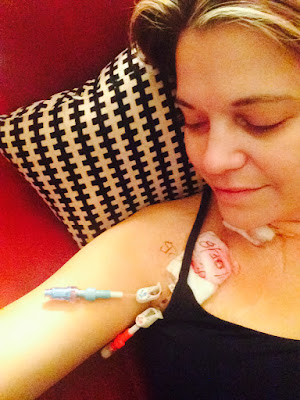 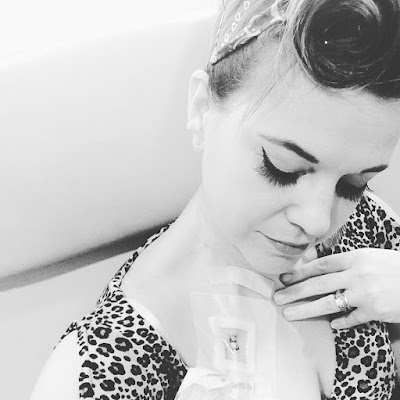 But there I was, chest port in place, ready to start chemo and plasmapheresis to save Apollo. Easy right?

No. Not easy at all.