My Commercial for Kaisers!

About a month ago I joined my pinup club, Oklahoma Pinup Girls, for a commercial shoot at Kaiser's Diner.  We were asked to be extras in the background dressed as vintage girls.

When we got there, they asked if one of us would be a waitress for one of the shots.  I volunteered, of course, mostly because I was excited to have a character. 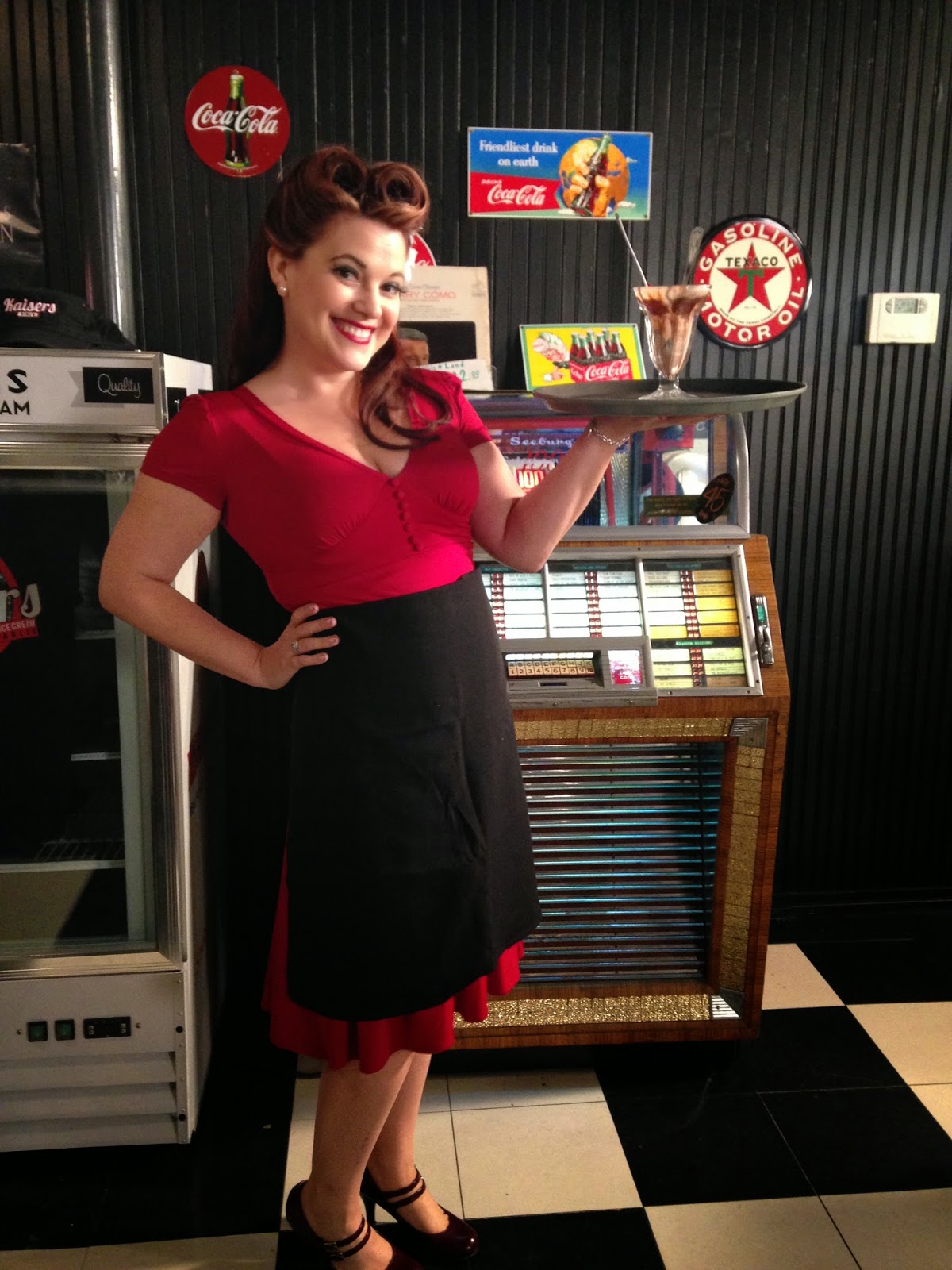 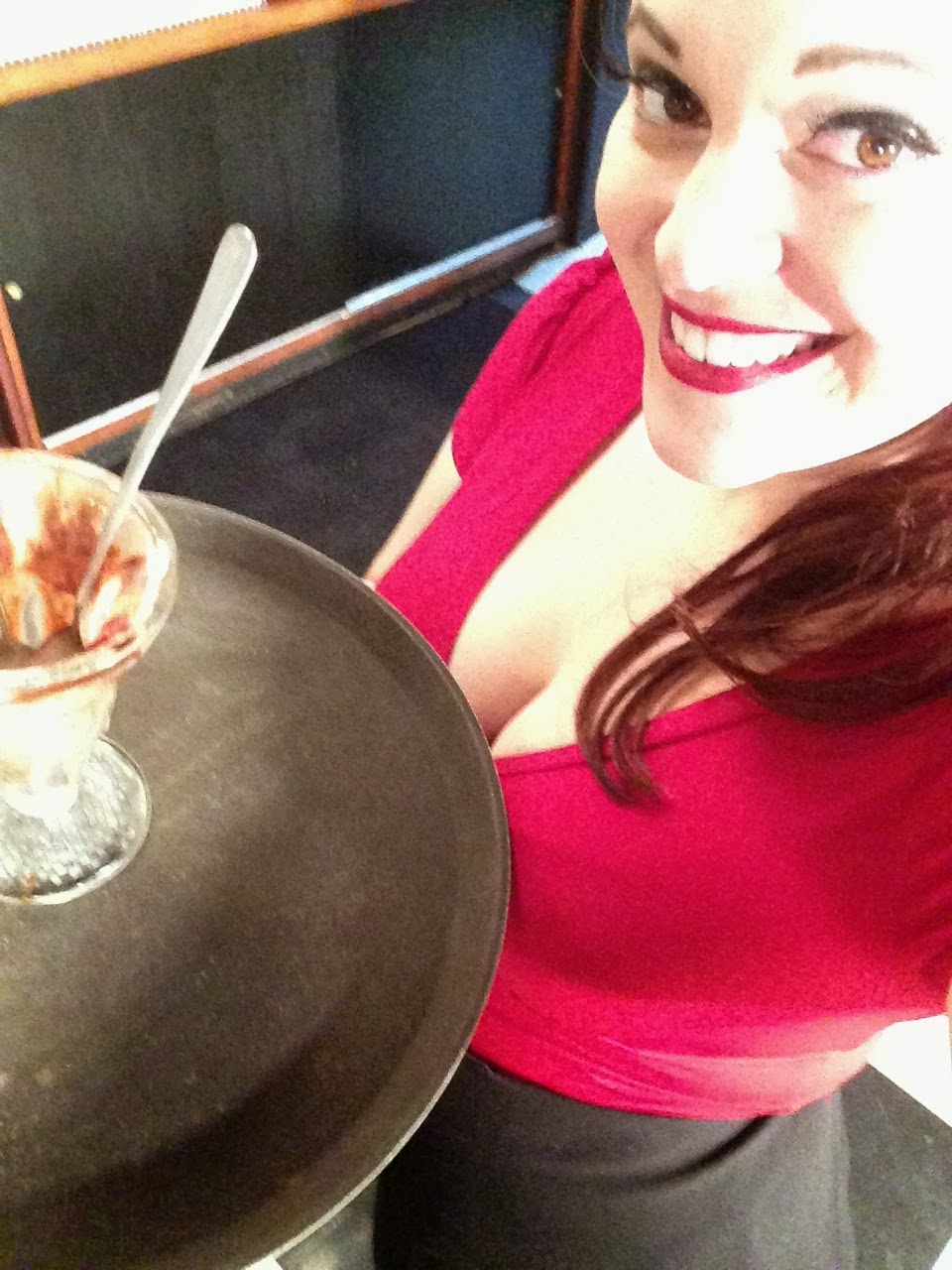 At the end of the day, we were asked if we were available for another day of shooting on the following Saturday morning.  They needed a few more shots, and I believe they wanted to do them in daylight. Doing pinup in the morning is really hard for me.  It takes a lot of time to get your hair just right and put all the makeup on, so you have to get up really early for an already early call time. So I showed up like this: 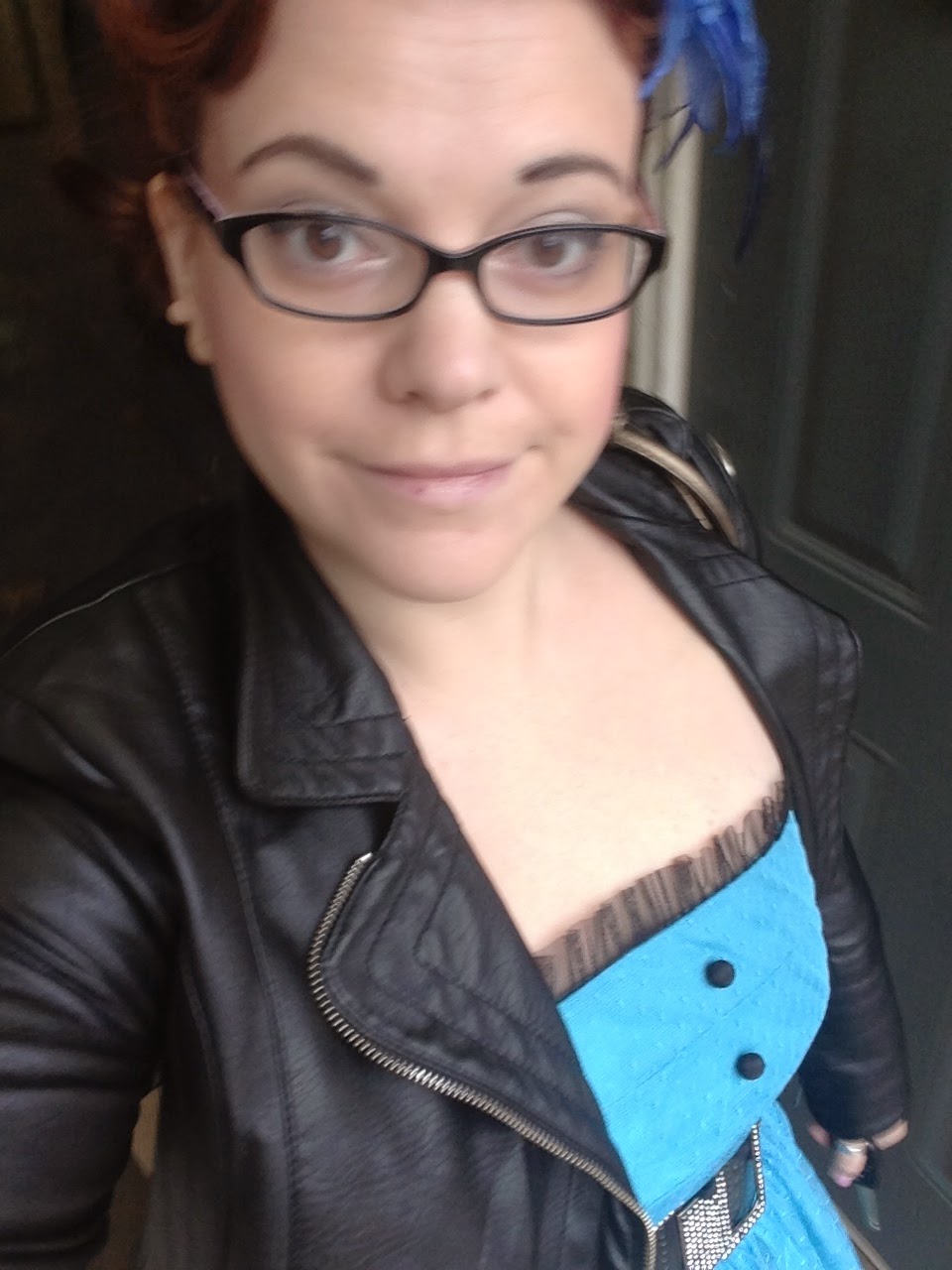 And did the rest of my makeup in the bathroom so I could look like this: 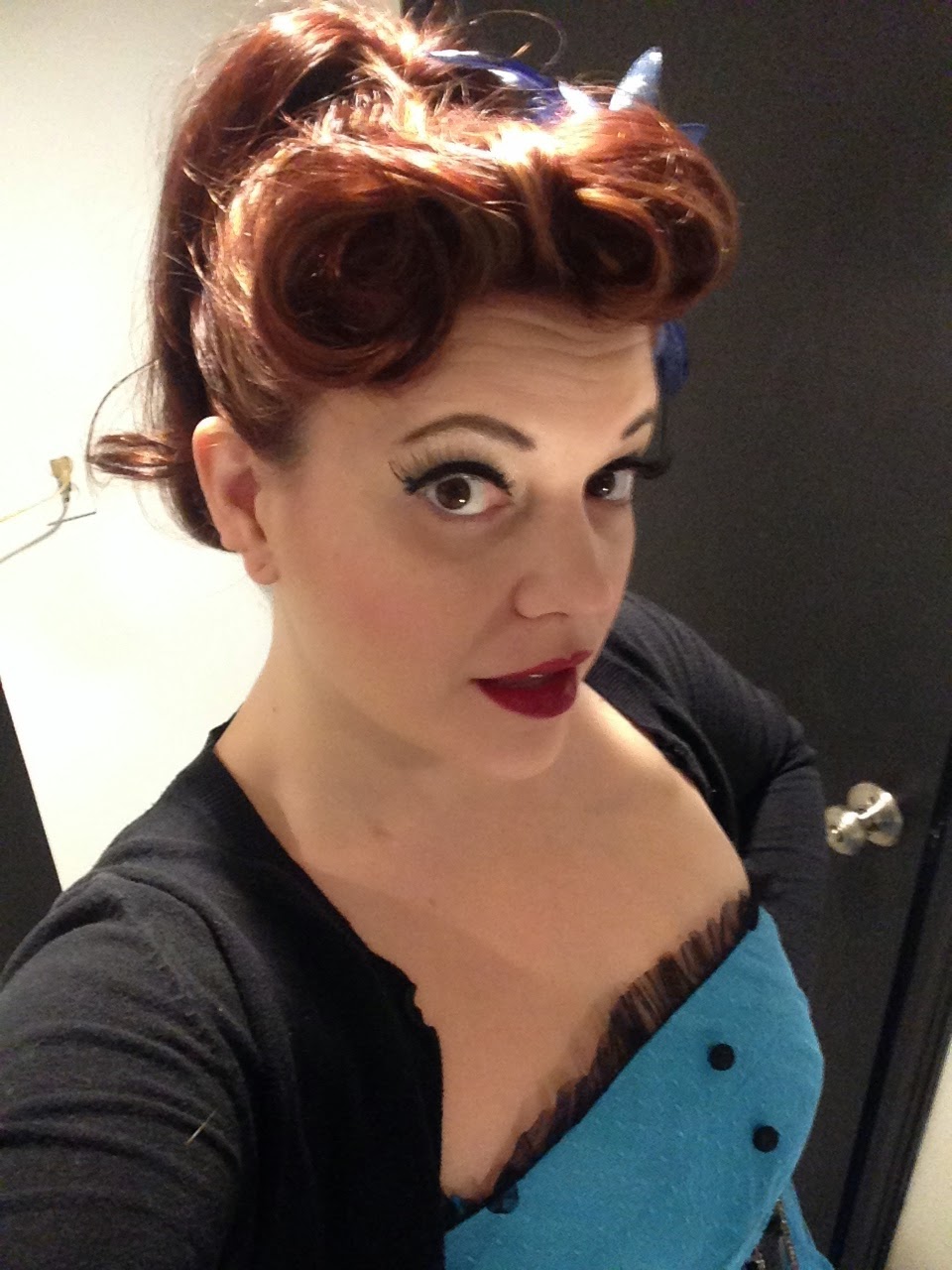 I confess, it's not my best work.  But it was 9 AM on a Saturday morning, and I had gone out the night before, so it was the best I could do in the situation.  Ironically, when I got there, the director approached me and told me he was glad I came back and asked me if I could do some extra work on camera.  He said they liked my energy and wanted me to be "the face of Kaisers."  Despite what I consider my less-than-perfect makeup and morning-after hair, I naturally said "of course!" and signed a new contract.

I memorized the lines they gave me and for about two hours, they filmed me saying them over and over at different locations in the diner.  It was really fun, and my first commercial with lines. 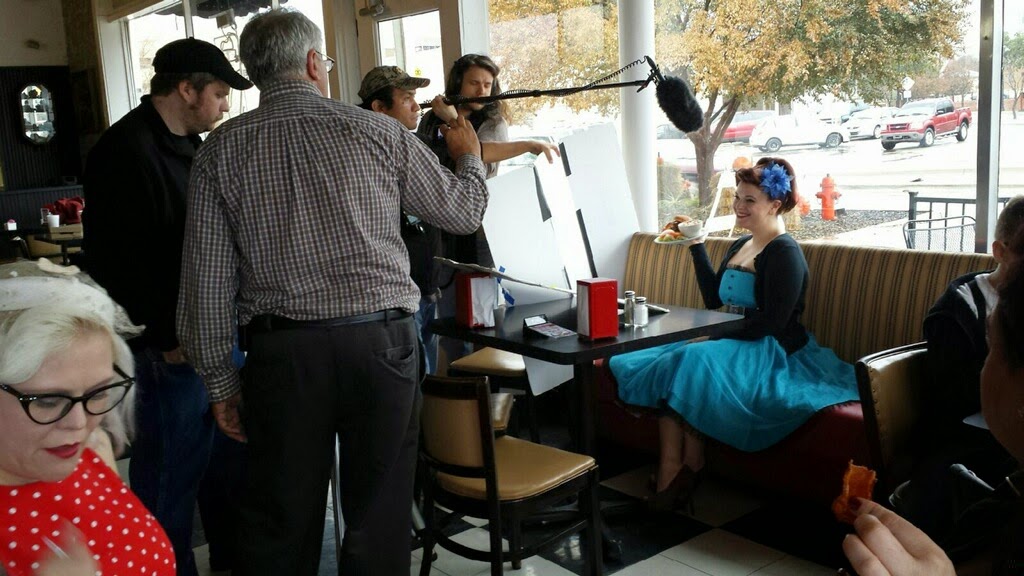 A week later, they called me in to do some voice-over work for a third commercial.  So I am now the Voice and the Face of Kaiser's Diner.  It was a great opportunity, and I am really grateful for Lynn Crowe, Angela Mullins, Teaze Dance and Fitness, and the Oklahoma Pinup Girls for providing the chance.  If you want to see it, click on this link:  Kaiser's Diner Commercial