This weekend, 11 OU students and I devised a performance for Bianca Scott, a 17 year-old with aHUS that doesn't have access to Soliris.  She is in the same situation that I was in when I was missing half my blood,  sitting on the plasma exchange machine, and watching my kidneys fail.  So we adapted Dancing in the Storm into a mini play about her instead of me.  Originally we were going to remount Dancing in the Storm as it was done at OU in October.  But too many cast members developed conflicts and had to drop out.  Just as I was about to give up on the project, Tatum, one of the cast members told me she really wanted to do a project still, and that she could find others that agreed.  I won't lie, I felt a little down that some of my actors had backed out of the project so late and began moving on thinking nothing would come of it.  But then I talked with Austin Hartel, the founder and owner of Hartel Dance Group.  He told me I shouldn't drop the project completely.  He said, "Go and see what the rest of the students are willing to do, and make something else happen.  Give them a chance,"

Now I understand that he was telling me that when you run your own theatre, things fall through all the time.  You come to expect that, and you have to move on anyway.  That is how theatre and art get made: by getting back up after you fall.

I went to that rehearsal and there were eight students wanting desperately to make theatre.  They actually suggested doing a fundraiser for Bianca.  I was flattered and humbled by their interest in her situation since I feel a deep kinship with her, despite the fact we have never met.  And that meeting was the origin of For Bianca.  We talked about how we could tell her story using scenes we already had choreographed from Dancing in the Storm, but we could change the wedding into a prom, and change the husband into her mother.  We all saw what the show could turn into that day.  There was no way we could cancel any more.

In three weeks and about twelve rehearsals, we made a piece of theatre that was better than Dancing in the Storm would have been.  We made a new story that was bigger than us, and all of us could feel it.  Local theatre companies offered us chairs, lights, money, whatever they could to help.  The idea of a raffle came up when one of my friends, Adele Wolfe (a Burlesque Artist in Oklahoma City) offered tickets to her show and suggested a raffle.  After I said the word, "Raffle," every theatre in town threw season tickets at me.  Businesses gave gift certificates, parents gave money, and For Bianca was suddenly an explosion of meaning. 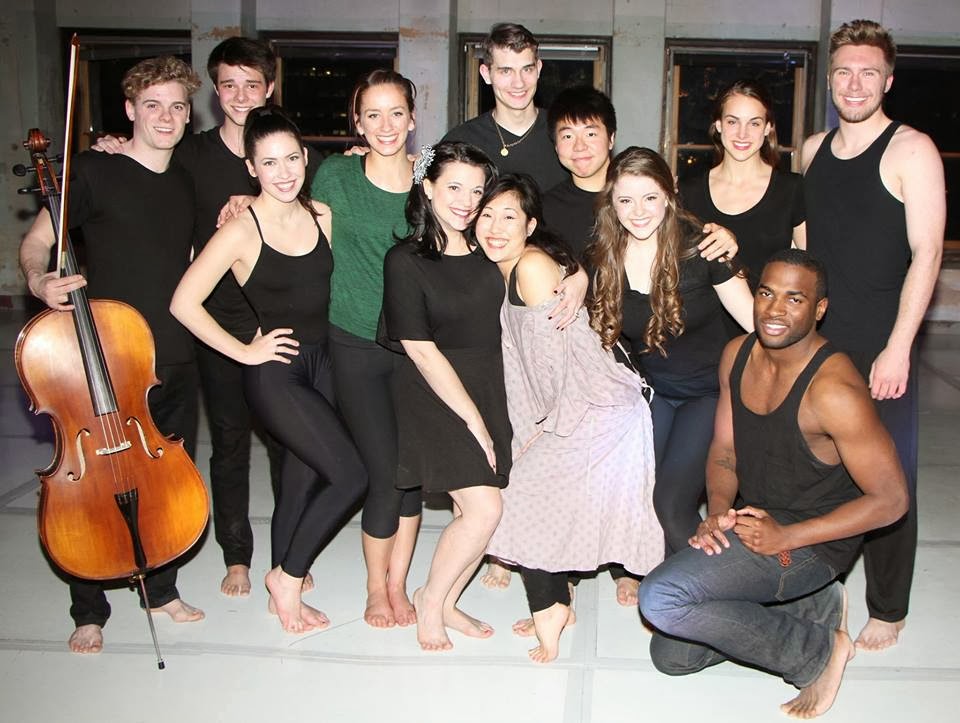 On the last night of the show, which ran for three days, I stood in front of a crowded standing ovation and tears came to my eyes when I realized they weren't just celebrating the art we made, they were celebrating the fact that they understood exactly why this was important to me.  They were giving of themselves what they would have done for me if I couldn't get Soliris.  Bianca was there with us in that room, and I was the embodiment of her for them.  As a humanist, it was the equivalent of a religious experience for me.  A christian would have said they felt god in the theatre.  But really I felt the energy of over a hundred people making sure that I felt their support and love.  They were happy I was alive.  It was magical, and I am so thankful that I survived to see that night.

Bianca, if you are reading this, you have changed the world by opening its eyes, and the world will not let you disappear.  I believe that.  I find myself writing to you as if you are a voice in my head, or a distant pen pal that knows my heart.  When I say "the world", I am included in that.  Because, Bianca, you have changed me too.  And I will do everything in my power to make sure you get the fair chance you never deserved to have taken from you in the first place.  I know.  You think no one understands.  And the truth is they don't.  Not even I understand.  But we don't have to understand to be able to help.

After the show, we celebrated life, freedom, and the spirit of humanity.  We danced, we drank, we hugged, we kissed, and we raised $2100 for Bianca.  There are more payments coming in online.

If you want to donate to help Bianca, click on the Paypal button on the right side of this blog, and give $5, $10, or whatever you feel you can.  I have word that one of my student's father's corporation will be contacting me to match whatever we made through the performance, so everything we make will be doubled.

I am overwhelmed, humbled, and so happy to be surrounded with friends.

And of course, Matthew Ellis, for being my biggest and most loyal fan. It was our first time on stage together, and I hope it isn't our last.

Bianca's Battle, Oklahoma City and Kidneys and Pinups are fighting with you! You've got this!